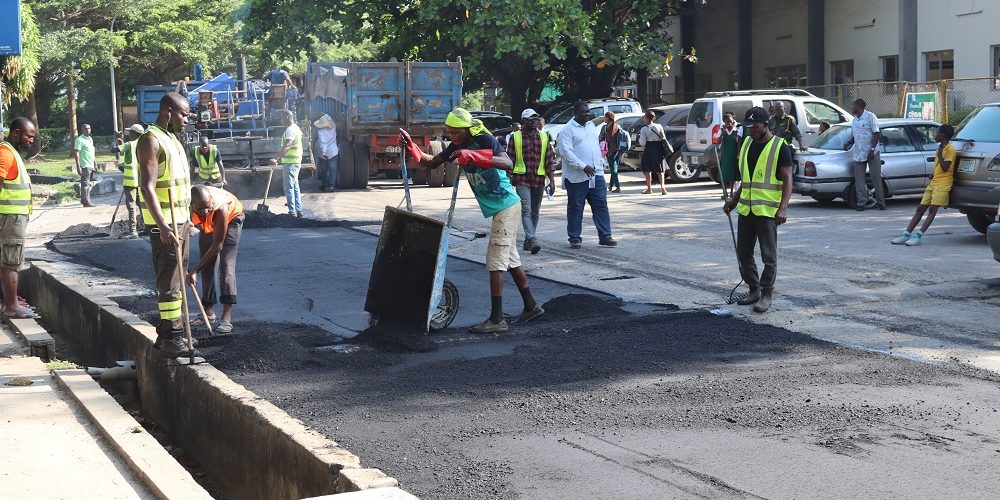 Rehabilitation works on the Tafawa-Balewa Drive, through the Alvan Ikoku way, on the University of Lagos campus is in progress.

The reconstruction works kicked off in earnest shortly after the project site was formally handed over to the Contractor; Messrs Lion Unisco Ltd by representatives of the Federal Ministry of Works on Tuesday, September 28, 2021.

A visit to the site as at Thursday, October 21, 2021 shows that the road stretch from the Ecobank roundabout where it begins, through the Mass Communication Department, down to Akin-Adesola junction now wears a new look with vehicle users now having a smooth drive through.

The reconstruction works which extends to the Alvan Ikoku way, is put at a cost of N182,265,941.18(One hundred and eighty-two million, two hundred and sixty-five thousand, nine hundred and forty-one naira, eighteen kobo).

It is to be completed within a period of eight (8) weeks.

It would be recalled that the Federal Government had, earlier in the year, awarded the contract for the rehabilitation of internal roads in the University of Lagos, a development which the Vice-Chancellor, Professor Oluwatoyin Ogundipe FAS described as commendable and responsive of the federal government especially when viewed against the backdrop of the current financial state of the national treasury. Prof. Ogundipe charged the contractor to ensure that the project is done to specification and delivered at record time.