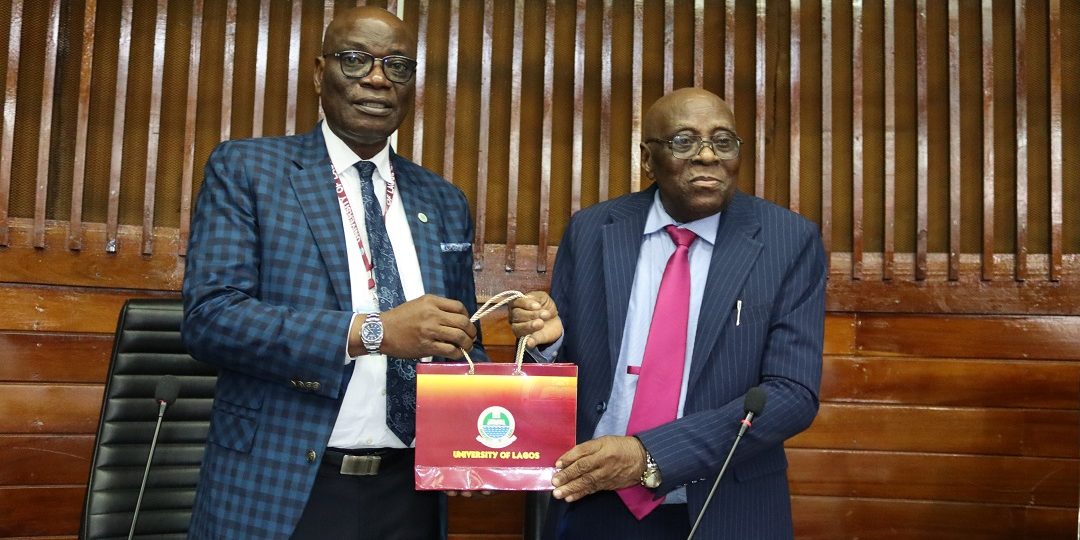 The Nigerian Ports Consultative Council, (NPCC) has called on the University management to embrace the opportunity in the maritime sector and seek to enhance its growth and Development through a formidable partnership.

The call was made on Wednesday by the NPCC Chairman, Otunba Kunle Folarin, during the donation of books to the University of Lagos. He affirmed Lagos, being a Coastal state contributes about 60 – 70% of the economy of West Africa. However, he bemoaned that there is still a dearth of qualified personnel in some areas of the sector particularly in the Legal, Multimodal Transport, shipping, port Management and Development as they are matters of concern that needs intervention.

While expressing worry that there is currently a lack of focus in the industry to further improve its stake, he called for greater cooperation among government agencies to ensure a viable and competitive maritime sector.

He informed that the University of Lagos being the Academic and intellectual conscience of the nation has not done enough to enhance Seatrade which can contribute immensely in these areas of concern.

Otunba Folarin noted that about 80 – 85% of goods that enter Nigeria are through the seaports, with the Apapa and Tincan Island ports providing the corridors and infrastructure for majority of the sea bound traffic.

The Vice Chancellor, Professor Oluwatoyin T. Ogundipe, FAS acknowledged the need for the University to contribute its quota to building the nation’s maritime economy. He highlighted the several partnerships that the University have been involved in, most notably, the collaboration with the National Information Technology Development Agency (NITDA) in setting up an Information Technology (IT) hub at the Akoka campus of the university, basically to nurture pool of both native and evolving talent and footloose IT professionals.

He thanked Otunba Folarin and his team for their willingness to partner the university in order to fully optimise the industry capacity, through well-synchronised policies and well outlined maritime programmes.

Thereafter, there was a presentation of the book written by Dr. Edmund M. Chilaka, an outcome of his 2015 doctoral dissertation titled “The Rise, Fall and Liquidation of Africa’s Pioneer Carriers” – Nigeria National Shipping Line and Black Star Line as well as a paper delivered by the Chairman, NPCC at a Maritime forum in the university in 2018.