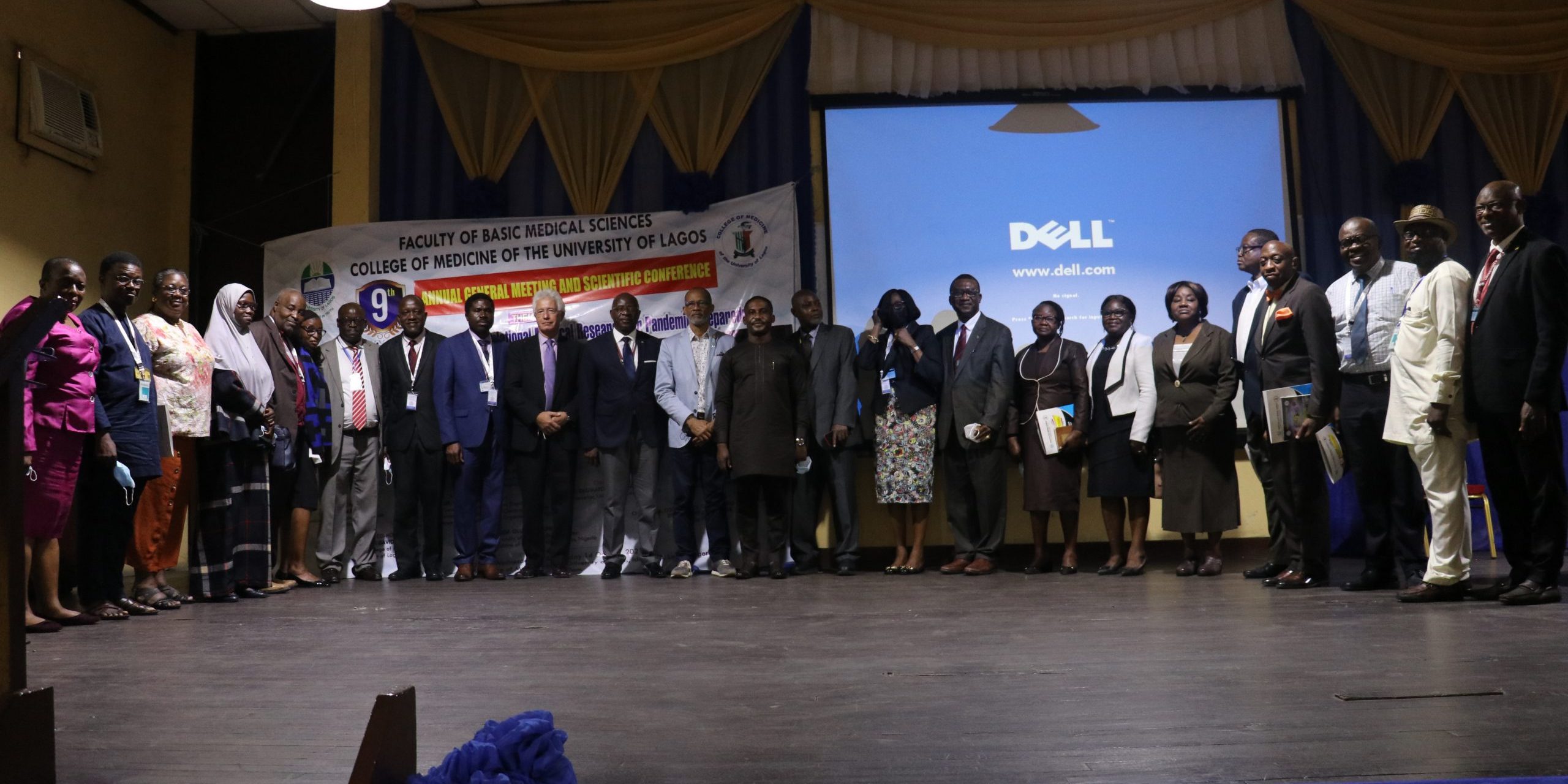 The need to create an equity framework to pandemic preparedness amidst the incidence of severe morbidity and mortality from the diseases caused by viruses was on the front burner at the 9th Faculty of Basic Medical Science Annual General Meeting and Scientific Conference held at the Old Great Hall at the College of Medicine, Idi-Araba, Lagos

The conference with the theme ‘Prioritizing High Impact Basic and Translational Medical Research for Pandemic Preparedness’. Was held both physically and virtually

He posited that the University Management is increasingly committed to the provision of appropriate infrastructure to drive meaningful development and create policies that invariably will help address humanity, societal, national and continental needs.

His Excellency, the Consul General of Germany in Lagos, Dr. Bernd von Munchow-Pohl, in his address described global pandemic as one of the most likely apocalyptic scenarios to descend on humanity in the 21st century. The Diplomat position is that the world was alerted to all the factors in place – rapid urbanisation, shrinking of natural wildlife habitat, emergence of resistant pathogens amongst many others which are all to make the threat real, yet when the disaster struck in form of COVID-19, it found the world woefully unprepared.

He, however, posited that since the shocking discovery, countries of the world have been making meaningful efforts to put the onslaught at bay. He spoke on the crucial roles scientific authority needs to play. It is to this end, he commended the academic community in the university for staying committed to the cause of making life habitable for all through the numerous partnerships with top class foreign partners that includes Germany’s top research funders like the Alex von Humboldt Foundation, the Germany Academic exchange service etc.

The keynote speaker at the event, Dr. Chike Ihekweazu who was represented by Professor Ehimario Igumbor argued that the National Centre for Disease Control, NCDC was on top of the pandemic situation in the country and has continued to be alert to the onslaught since it first struck in Nigeria, February 2020.

He spoke passionately of the core mandate of the Nigeria Centre for Disease Control (NCDC) as a national public health institute that continues to lead the preparedness, detection and response to infectious disease outbreaks and public health emergencies.

Meanwhile, the Commissioner for Health, Lagos State, Prof. Akin Abayomi charged health stakeholders to support Government efforts in preparedness of tackling the onslaught of COVID-19 and other viral infections in the pandemic era.

The Commissioner remarked that government seeks to facilitate the use of evidenced-based research and other information in health policy-making, with the overarching goals of strengthening health systems and its health care delivery structures.

The Professor of Haematology emphasised that the only way to stimulate the research community is to work closely with policy-makers. He opined that government have come to the realisation that this route will allow health priorities to be set following a thorough consultative process.

Different researchers are expected to make presentations during the two-day conference, and share lessons, best practices and challenges observed during the response to the pandemic.