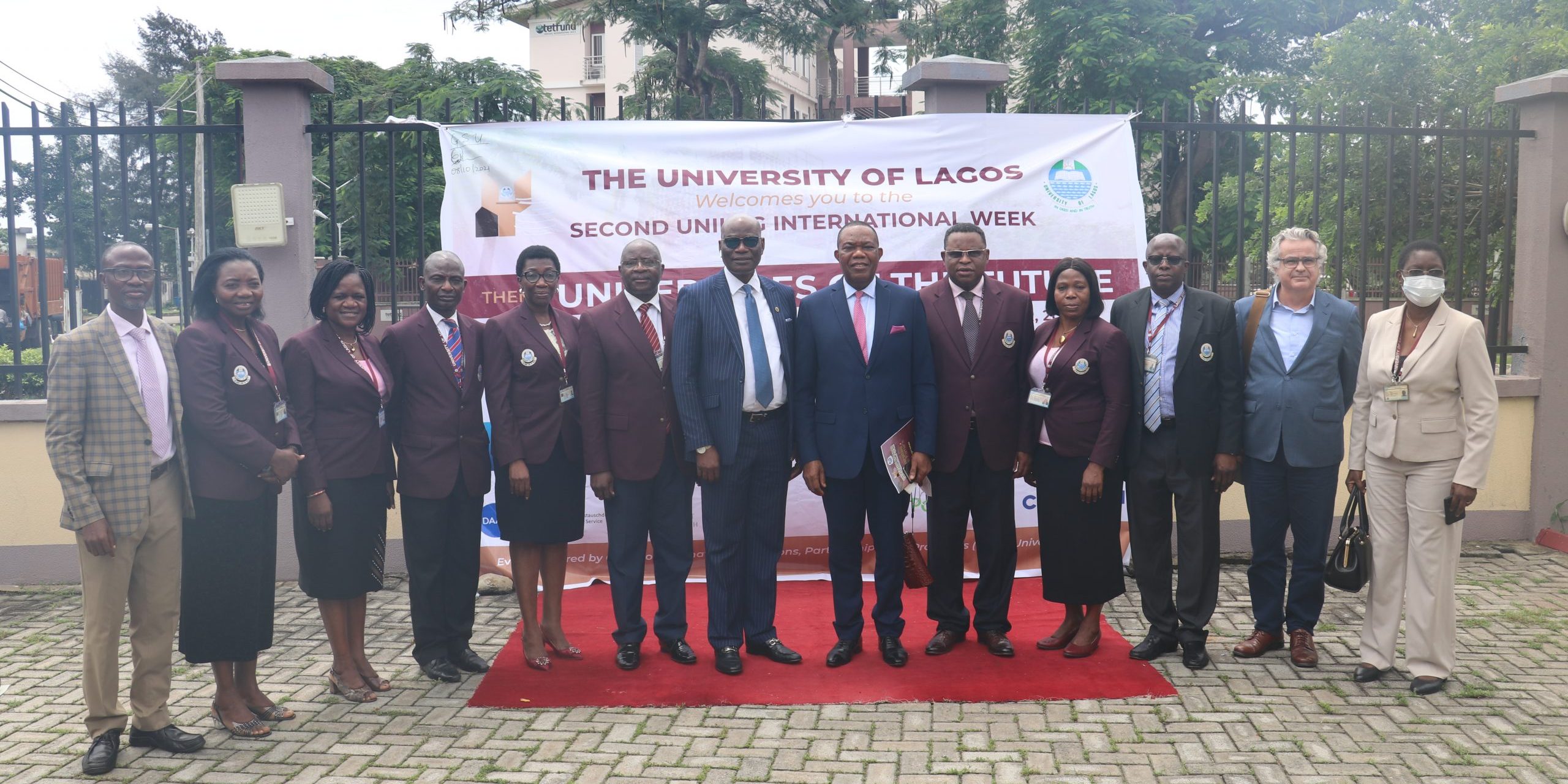 Building collaborations and consolidating partnerships to enhance competences which would drive internationalization of University education, formed the core of discourse, addresses and remarks from stakeholders who converged for the University of Lagos International Week.

The 3-day blended (i.e. physical and virtual) event held at the Arthur Mbanefo Resource Centre of the University with the theme; Universities of the Future.

In his remarks to welcome participants and guests to the event being the second in its series, the Vice-Chancellor, University of Lagos, Professor Oluwatoyin Ogundipe FAS, said the programme which debuted in 2018 was designed to actualize UNILAG’s dream of a globalized approach to education through inter-relations, collaborations and partnerships with ivory towers within and beyond the shores of Nigeria.

Prof. Ogundipe noted that the theme for the event ‘‘Universities of the Future’’ was chosen in realisation of contemporary challenges especially the insecurity and socio-political unrest, a development which he said, buttresses the need for an institutionalized approach to the formation of policies for futuristic solutions.

Deputy Vice-Chancellor, Development Services, University of Lagos, Professor Ayodele Atsenuwa who gave the opening remarks noted that the event was to anticipate and drive conversations towards growing knowledge-base to manage the current uncertainties as part of efforts to prepare for the future.

Chairman of the event and Governor of Akwa Ibom state; Mr Udom Emmanuel, in his remarks, hinged the level of insecurity and youth restiveness in Nigeria on the insufficiency of human capacity.

The governor who was represented by the Secretary to Akwa-Ibom State Government, Dr Emmanuel Ekuwem lauded the management of the University of Lagos for leading such discourse which focuses on the future of Universities in Nigeria and expressed the State government’s readiness to partner with UNILAG in all areas possible for the purpose of driving development.

In a keynote address, Country Director of the World Bank, Mr. Shubham Chaudhuri decried the digital capacity gaps among Nigerian youths, bemoaned the out-of-school children’s population and emphasised the need for the government at all levels, to look inward and build human capacities especially in digital technologies.

Mr Chaudhuri also advocated the need for all universities to channel more of its teaching and research efforts into identifying and expanding future-driven opportunities just as he encouraged students to acquire skills and build competencies which would address future challenges.

Also in his remarks, the Executive Secretary, National Universities Commission (NUC), Prof. Abubakar Rasheed who spoke through two Deputy Executive Secretaries in the Commission, Drs Suleiman Yusuf and Christopher Maiyaki announced that the NUC is embarking on a major curriculum re-engineering project which, according to him, would improve capacities of teaching staff and prepare them for researches which would prepare the universities for the future.

There were goodwill remarks from representatives of the German, Swizz, French and American embassies as well as the Vice-Chancellor, Borno State University, Prof. Umar Kyari Sandabe who all participated virtually, they congratulated the University of Lagos on a successful organization of the International Week, describing it as the way to go for the globalization and internationalization of education.