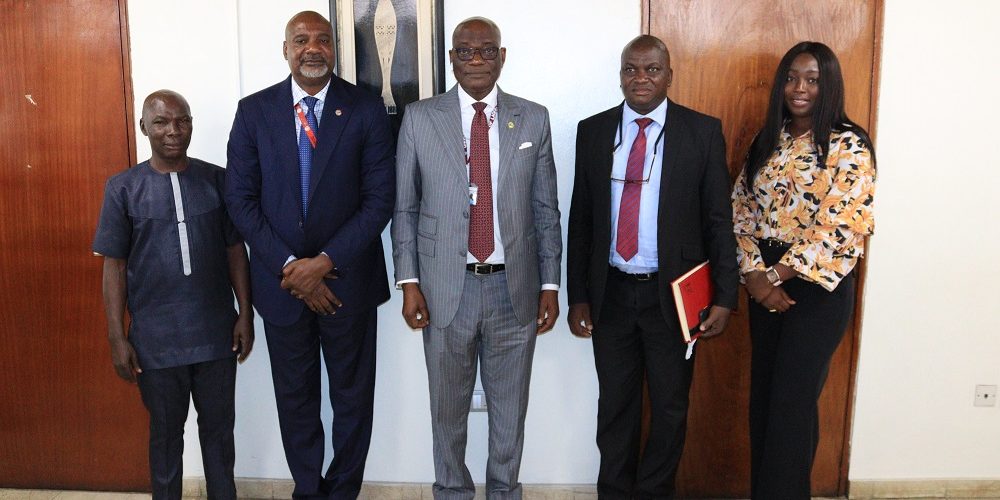 The Vice-Chancellor, University of Lagos, Professor Oluwatoyin Ogundipe FAS has sought collaboration with antigraft agencies as a way of discouraging and taming the scourge of illicit trades, internet fraud, financial crimes, substance abuse and other vices especially among students of tertiary institutions.

Speaking in his office on Monday, September 27, 2021 while hosting the Zonal Commander of the Economic and Financial Crimes Commission (EFCC), Lagos Command, Mr. Ahmed Ghali who was represented by his Deputy; Mr. Emeka Okonjo, Prof. Ogundipe warned that if not quickly nipped in the bud, the prevalent crime rate among Nigeria’s youthful population might spiral into an average of at least one convict per every individual home in a couple of years.

Prof. Ogundipe assured the EFCC of full participation during the University’s next orientation exercise for both new and returning students who are due for resumption in November 2021.

The courtesy visit according to the Zonal Commander, Economic and Financial Crimes Commission (EFCC), Lagos Command, Mr. Ahmed Ghali who spoke through his Deputy; Mr. Emeka Okonjo, was part of the commission’s efforts at building institutional collaborations in the fight against crime and criminality.

Mr. Ayo Oyewole who heads the Public Affairs Department of the EFCC, Lagos Command said apart from arrests and prosecution of suspects, the commission under the incumbent Chairman; Mr. Abdulrasheed Bawa, is also promoting social solutions to crime prevention through initiatives such as the establishment of Integrity Clubs in Secondary Schools.

He solicited collaboration with the University of Lagos in establishing Transformation Ambassadors’ Clubs amongst students with the aim of discouraging illicit trades, internet fraud, financial crimes, substance abuse and other vices among the students’ population.

In other remarks, the Deputy Vice-Chancellor, Academics and Research, Professor Oluwole Familoni and the Dean, Students’ Affairs, Professor Ademola Adeleke decried the social impact and implications of the slums surrounding the University of Lagos.

They also advocated a testimonial approach from repentant convicts as a way of cautioning students and youths against all forms of vices.