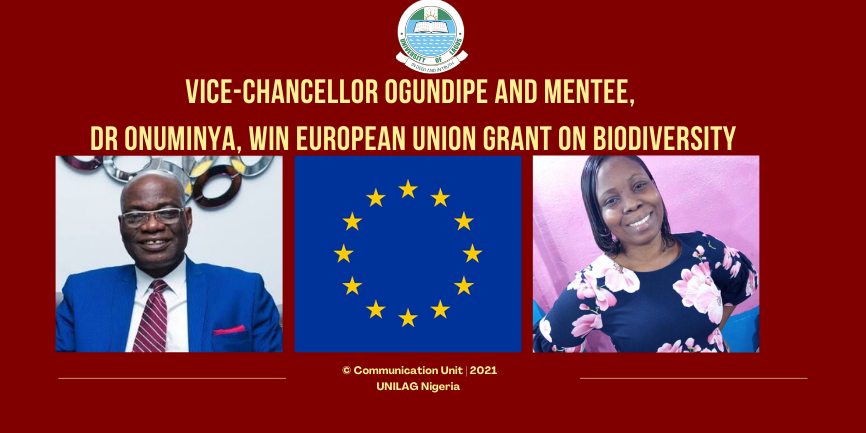 A Professor of Botany of global renown, Vice-Chancellor Ogundipe won a National Level Grant of €38,000 for his project proposal titled, “Implementation of the Biodiversity Information and Data System for Coastal Ecosystem in Nigeria”.

As a telling proof of his leadership and commitment to encouraging UNILAG scholars to come up with grant-winning research ideas, his mentee and a Senior Lecturer in the Department of Botany, Dr Temitope Onuminya, also won an Institutional Level Grant of €18,850 for the implementation of a BID project proposal titled, “Expanding the Visibility of the Lagos Herbarium through Digitisation and Mobilisation of Plant Specimen Data”.

The GBIF is an international organisation that focuses on making scientific data on biodiversity available through the internet, using web services. It is headquartered in Copenhagen, Denmark. The awards are part of the 2021 Biodiversity Information for Development (BID) Programme funded by the European Union.

The University community rejoices with the awardees -Mentor and Mentee- and wishes them a successful project implementation.