UNILAG to Explore Collaborative Research as Tool for Transformation 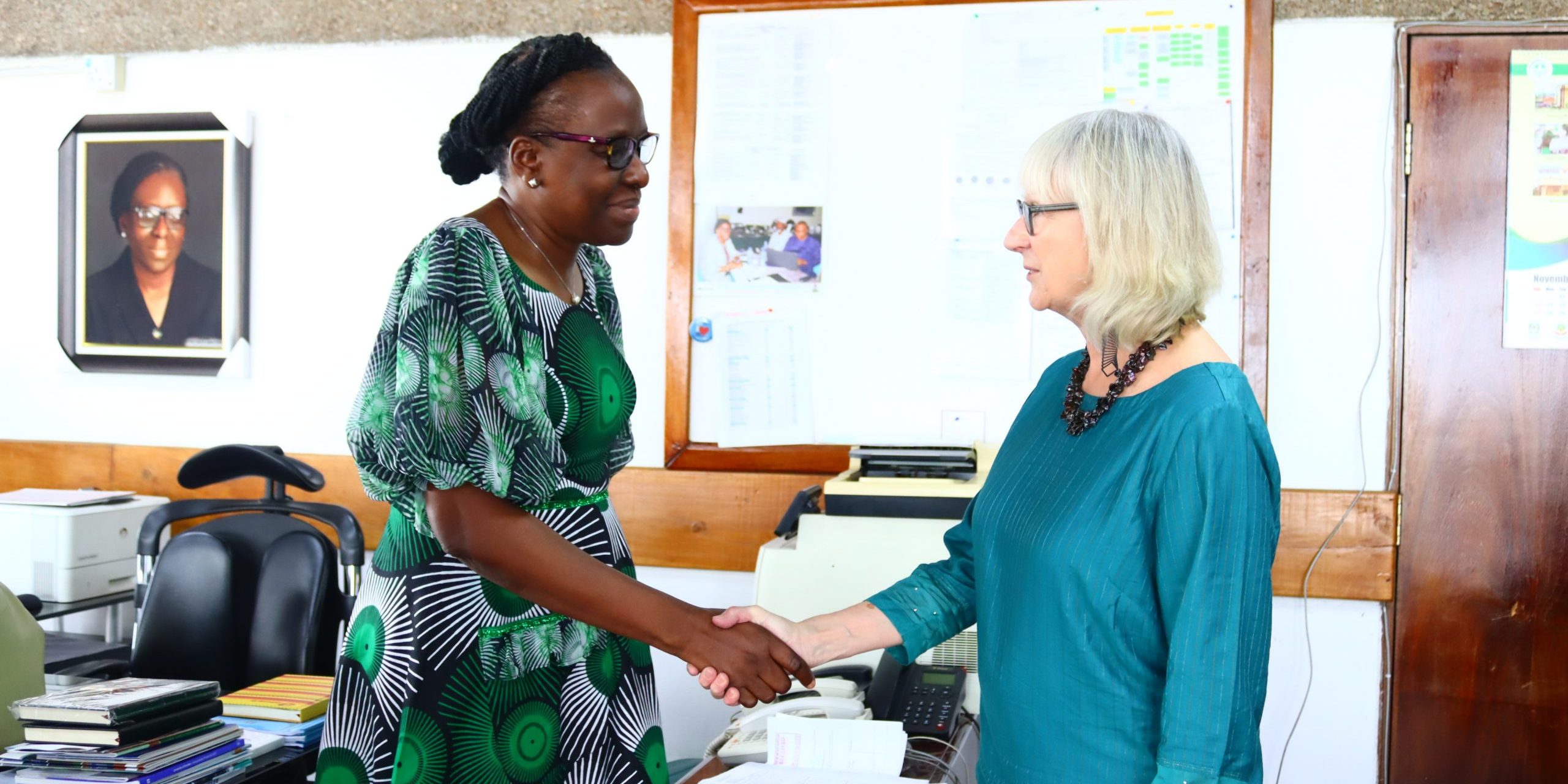 Management of the University of Lagos will explore collaborative research as a tool to further drive the university’s visibility, global relevance and strategic pursuit of a 21st-century institution.

Deputy Vice-Chancellor, Academics and Research, Professor Bola Oboh made this known while receiving a Researcher from the Queen Mary University of London, Professor Caroline Knowles in her office on Wednesday, November 23, 2022.

According to Prof. Oboh, UNILAG currently boasts of twenty-six (26) Research Centres across various disciplines, a feat which underscores the university’s keenness on solution-driven researches as pivotal to national development.

The Deputy Vice-Chancellor also pointed out that the University of Lagos has signed various Memoranda of Understanding and Agreements with several ivy league institutions across the world, one which she said would be pursued for collaborations, partnerships, knowledge enhancement and other derivable prospects for the benefits of both staff and students of the university.

Professor Caroline Knowles is in the University of Lagos for a Policy Interaction Research Workshop which is part of an ongoing Pneumacity Research Project being funded by the British Academy.

While assuring of the British Academy’s readiness to expand its partnerships and explore new initiatives, the Professor of Sociology said Nigeria has a good number of fast-growing cities, hence the British Academy’s choice to partner with UNILAG among other reputable institutions for research collaborations and knowledge promotion.

The Pneumacity Research Project, according to Professor Taibat Lawanson of the Faculty of Environmental Sciences, University of Lagos, focuses on Urban Infrastructure Wellbeing being part of the Global Challenges Research Fund (GCRF) Programme funded by the British Academy.

The Professor of Urban Management and Governance gave thumbs-up to the British Academy for the standing relationship with UNILAG especially through funding of different projects.

She also advocates a more institutionalized and well-structured approach to such partnerships and collaborations for the benefit of researchers and students.

In his remarks, the Director, Office of International Relations, Partnerships and Prospect (IRPP), University of Lagos, Professor Ismail Ibrahim intimated the visiting researcher about how UNILAG has been integrating various outcomes from all research centres in the university into students’ curricula, a strategy which he said is targeted at making UNILAG students industry-ready and real-time problem solvers on graduation.