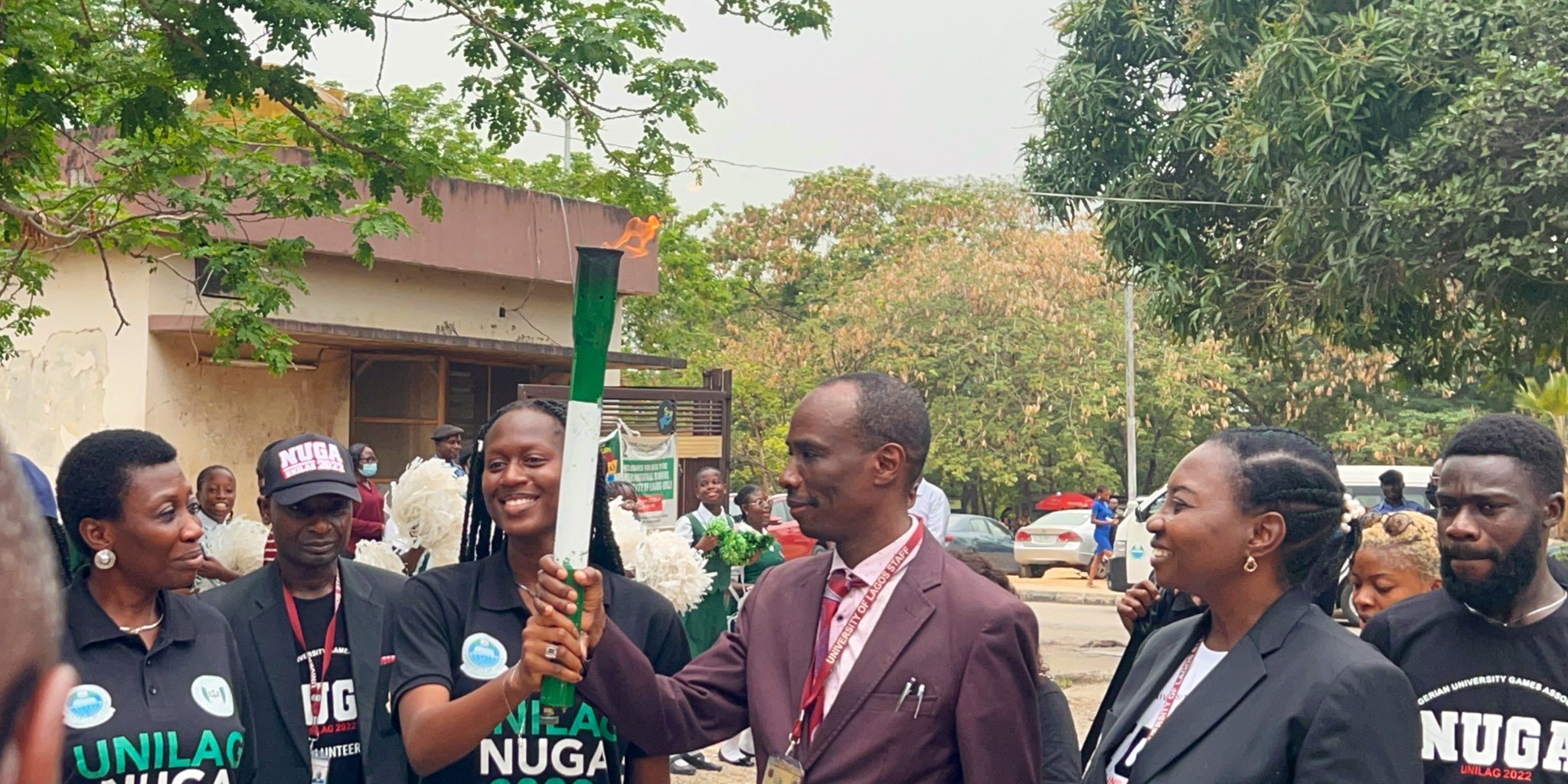 The NUGA Torch of Unity, on Tuesday, March 15, 2022 touched ground at the International School, University of Lagos, (ISL) where it was presented to the Principal, Mr. K. O. Amusan and the students of the Secondary School who exhibited a spectacular display.

The Deputy Vice-Chancellor, Prof. Ayodele Atsenuwa, addressed the excited students, stating that some of the current UNILAG athletes are ex-students of the School. She noted that since some sporting facilities at the School had been used several times during sports practice, the University Management deemed it fit to share the excitement with the School. She stated that the University Management looks forward to the students participating as future athletes in the NUGA Games in years to come. Lastly, she disclosed that the Games would be streamed live on social media and encouraged them to tune in and enjoy the Games.

Mr. Amusan thanked the Management for bringing the Torch of Unity to the School and wished the University all the best as it hosts to win.