You are here:
Faculty of Arts NewsUnilag General News 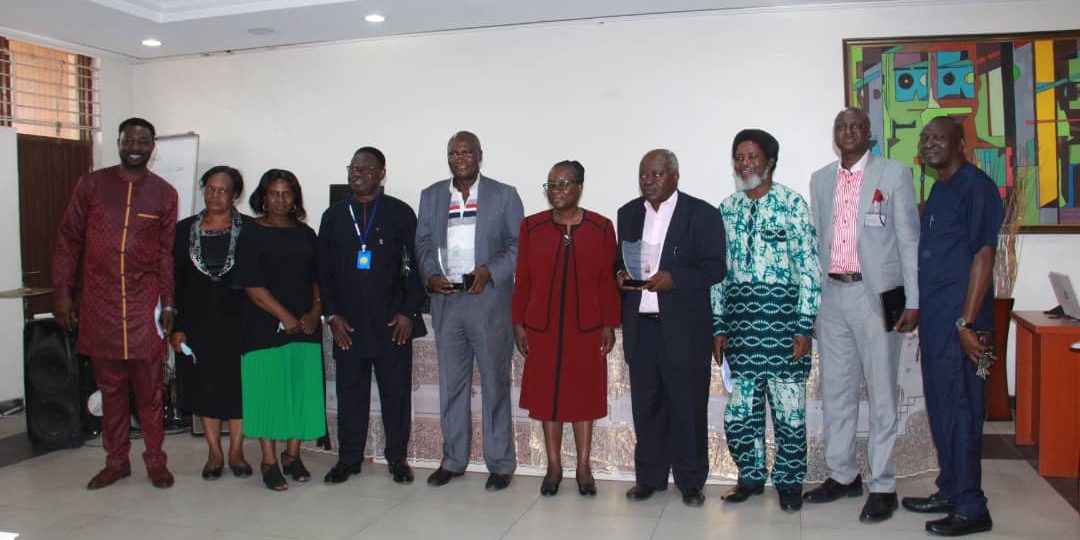 The entire retinue of eggheads and non-teaching staff of the Faculty of Arts, University of Lagos, on Wednesday, February 9, 2022, rolled out the drums to celebrate two reputable members of the faculty, Professor Duro Oni and Professor Segun Awonusi as they bow out of active service to the University.

The event held as part of the Faculty’s Board of Studies/Examiners Meeting which was attended by all Professors, Heads of Departments, Faculty Examinations Committee members and Faculty Board members.

Speakers at the event took turns to shower encomia on both Professor Duro Oni and Professor Olusegun Awonusi for their contributions towards the growth and progress of individuals, students, mentees, the Faculty and the University at large.

Members of Staff were unanimous in what could be adjudged an attestation to the mentoring and fatherly roles of Professor Duro Oni and Professor Olusegun Awonusi, virtues which they said, would be missed as the duo prepare for their exits from active service.

Come December 2022, Professor Duro Oni would have spent 46 years in the University having joined as a youth Corps Member in 1976.

Professor Oni who currently holds the record of longest service in the history of the University of Lagos is a widely recognised cultural icon, well published scholar and accomplished theatre artist.

He rose through the ranks and successfully carved a niche for himself as an accomplished administrator.

Professor Oni initiated and developed the Creative Arts Degree Programmes in 1997. He served as the Director, Centre for Cultural Studies from 1992 to 1997, was Head of Department of Creative Arts from 2006 to 2009 and also served as Deputy Vice-Chancellor (Management Services) from 2013 to 2017.

Prof. Oni is the incumbent President, Nigerian Academy of Letters, an office he will hold till 2023.

Professor Olusegun Awonusi would be retiring in March, 2022 after 42 years of active service to the Faculty of Arts and the University at large.

He was a former Vice-Chancellor, Tai Solarin University of Education, an accomplished author and a well-celebrated linguist with a retinue of publications to his credit.